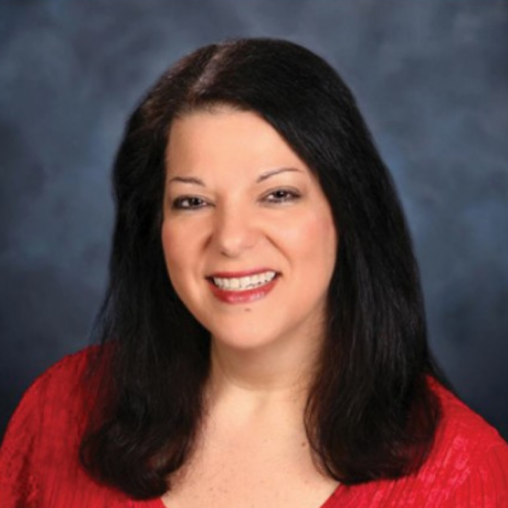 A native of Orlando, Sherri is a graduate of Emory University and the Georgia State University College of Law. She is married to Dr. Matthew Tarr, and is the mother of two children - Josh and Kayla.

Caitrin Gladow is the Marketing and Communications Director at the Jewish Federation of Greater New Orleans. Since 2008, she has crafted the organization’s internal and external messaging, as well as steering development strategy for online giving. Cait is responsible for running the organization’s annual GiveNOLA Day campaign, which has resulted in a first place finish for amount raised by a small organization for the past five years. She also guides the Federation’s Partnership2Gether relationship with New Orleans’ sister city of Rosh Ha’ayin, Israel, as well as local interfaith and poverty relief outreach efforts.

Prior to the Jewish Federation, Cait worked in corporate public relations for Kaplan Higher Education Online. She graduated from Florida State University in 2001 with a BA in History. She volunteers in New Orleans with the Gleason Initiative Foundation, Community Works of Louisiana, the New Orleans Neighborhood Conservation District Advisory Committee, Catholic Charities, and Second Harvest Food Bank. Cait is also the founder of the Greater New Orleans Seminole Club, which brings garnet and gold to the Crescent City. She recently completed the Loyola University Institute of Politics fellowship, and is a member of the 2021 cohort of the Nancy M. Marsiglia Institute of Justice.

She is a proud resident of Broadmoor, where she lives with her husband and three children. 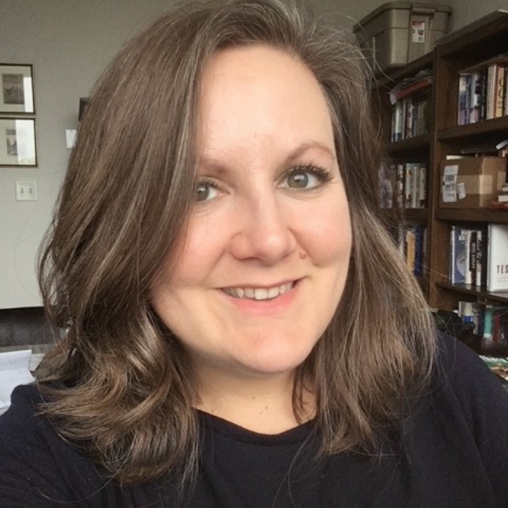 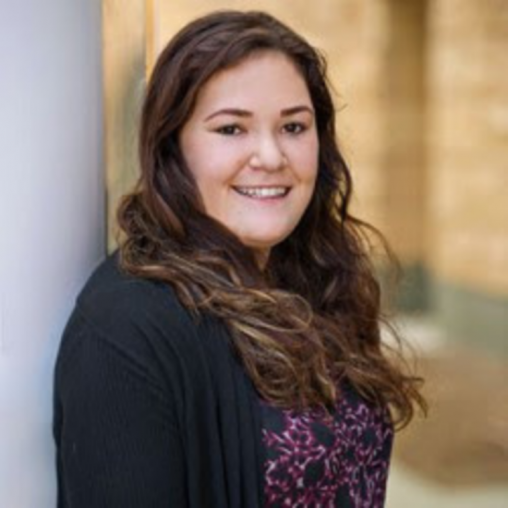 Erica Golden graduated Phi Beta Kappa in 2015 with a Bachelor’s of Science in Psychology and Jewish Studies from Tulane University followed by a master’s degree in Behavioral Health Psychology. Committed to making meaningful change in the Jewish community, Erica earned her Master’s of Social Work and a Certificate in Jewish Communal Leadership from the University of Michigan. During her time in New Orleans, Erica worked at Slater Torah Academy, and was actively involved in Chabad at Tulane, Tulane Hillel, and Tulane’s Jewish Studies department. She has worked with numerous Jewish community organizations across the country, most recently serving as the Youth Engagement Director at Temple Beth Am in Miami. In that position, Erica guided hundreds of young congregants and their families on their Jewish journeys through relationship building and frequent programming. Erica is dedicated to lowering barriers to entry to the Jewish community for all and sharing the joy she finds in Judaism.

Thrilled to return “home,” you can find Erica exploring Mid-City with her Shih Tzu Jack.

Mithun is a New Orleans native and graduated from Benjamin Franklin High School in 2004 and Tulane University in 2008. He obtained his J.D. from Columbia Law School in 2013 and moved back to New Orleans, and from 2013-2018 served as an Assistant District Attorney at the Orleans Parish DA's Office. As an ADA, he primarily worked on appellate matters, and has argued at the Louisiana Fourth Circuit Court of Appeal, the Louisiana Supreme Court, and the United States Fifth Circuit Court of Appeals. He has extensive political and governmental experience, as well, including having previously been Legislative Director for Federation CEO Arnie Fielkow at the New Orleans City Council. He also served as Regional Field Organizer for Senator Mary Landrieu's successful re-election campaign in 2008.

Mithun is deeply involved with criminal justice issues, having served as a member of the Louisiana State Bar Association's Criminal Justice Committee since 2016. In 2018, he served as a member of the Unanimous Jury Coalition, an advocacy campaign that led to the November 2018 passage of a state constitutional amendment requiring unanimous juries for all felony convictions in Louisiana.

Mithun is a recent graduate of both the Committee for a Better New Orleans' Bryan Bell Metropolitan Leadership Forum and the Loyola University New Orleans College of Law / United Way of Southeast Louisiana's Nancy M. Marsiglia Institute of Justice. He is currently a Board Member of the Gentilly Terrace & Gardens Improvement Association and a Louisiana Advocacy Ambassador for the Leukemia & Lymphoma Society. 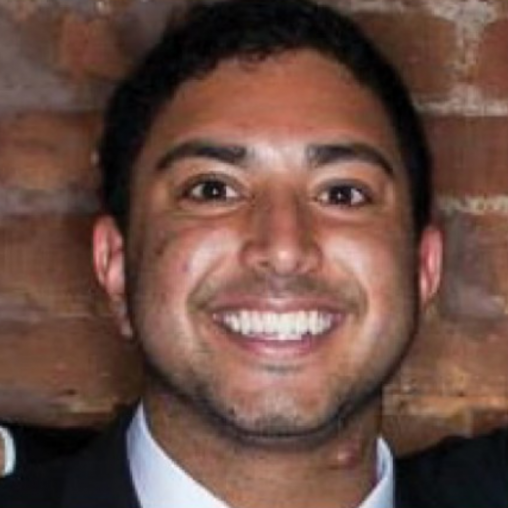 Melody Kirkwood was hired in May 2018 as the Executive Assistant to Arnie Fielkow and Office Manager. She comes to the Federation with a vast background of experience to include music education, corporate communications, marketing and graphic design, fundraising and special event management.

In addition, Melody has a true passion for volunteering. She has served in various capacities for several non-profit organizations to include Big Brothers / Big Sisters, Boys & Girls Clubs, the New Orleans Sports Foundation, the Will Clark All-Star Golf Tournament benefitting “Athletes for Autism”, Archbishop Rummel High School Parent Booster Board and was the event director for the Great 100 Nurses Celebrations in Louisiana, Oklahoma and Arkansas.

Having been raised by parents who loved Mardi Gras, Melody has been a member of several Krewes over the past 40 years!  Most recently she was the founding member and Captain of the Knights of Jason, Inc.  Due to Melody’s experience as a Krewe Captain and Officer, she has received several awards including the Key to the City of New Orleans from former Mayor Marc Morial and a proclamation from Parish President Aaron Broussard and the Jefferson Parish Council for her contributions in reviving the economy of Jefferson Parish after Hurricanes Katrina and Rita. 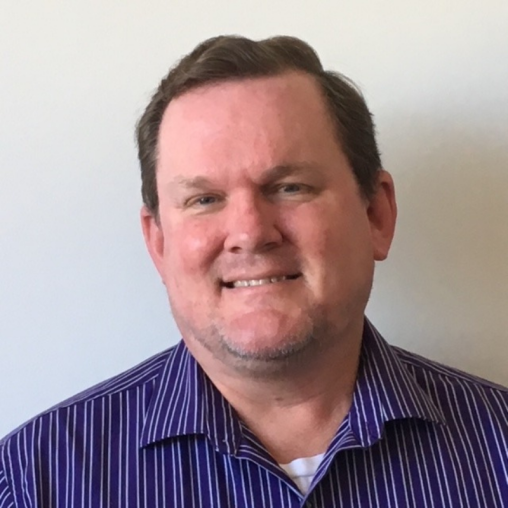 Joel Meariman wass born and raised in the Greater New Orleans area. He is a proud alum of East Jefferson High School and The University of New Orleans. He earned his BS in Accounting from UNO is 1991. He has been a CPA for over 25 years.

Joel is a father of 6 kids. He recently became a grandfather. In his leisure time, he enjoys spending time with family. He feels his family is his greatest treasure. He enjoys watching all local teams - especially the Saints and Pelicans.

Brenda Montamat was born and raised in New Orleans. She currently lives with her husband in Metairie. She has two stepchildren and two grandsons. Brenda has held an administrative position for 28 years.

Her hobbies include reading, football, bike riding and spending time with her grandkids. She loves her New Orleans Saints and LSU Tigers. 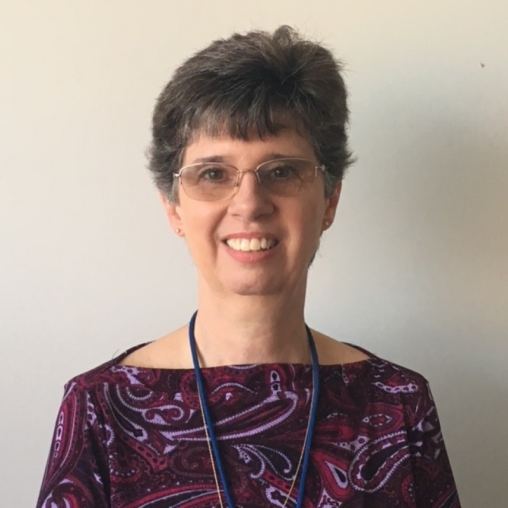 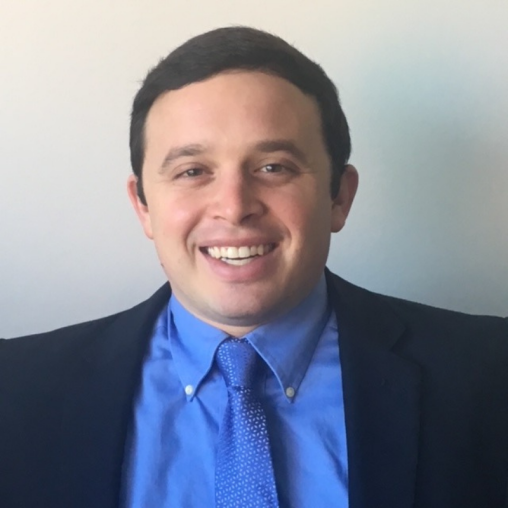 As a true Louisiana native, he enjoys spending his time with his family, his dog Sandy, and watching anything LSU and the Saints.

Michelle Neal has been the Director of Jewish Education and Allocations Programs since September 2017.  Her previous position was as Outreach Coordinator at the Louisiana State Bar Association in the Member Outreach and Diversity Department, where she traveled across the state working with local bar associations and recruiting volunteers.  For 25 years prior to the Bar Association, her work consisted primarily of fundraising.  Over the years, she served as a fundraising consultant for Eden House; Grant Writer for Kingsley House; Director of Development at the Volunteers of America Greater New Orleans and Girl Scouts of Louisiana; and as Major Gifts Director at Volunteers of America National Office.

In her down time, she volunteers with several animal rescue organizations, including the Humane Society of Louisiana; as well as with organizations focused on substance abuse recovery.

Michelle graduated with Honors from Trinity University in Washington, DC, majoring in Communications.  She lives with her long-time husband, Burt, with their youngest child and six special needs rescue dogs.  She is proud to be called “mom” by seven children, ranging in age from 18 – 38; and is “nana” to ten. 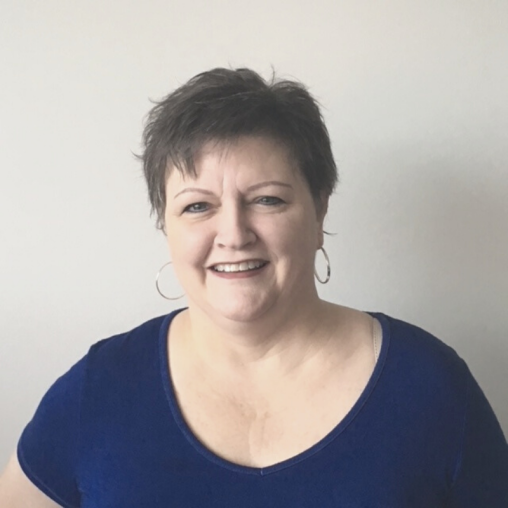 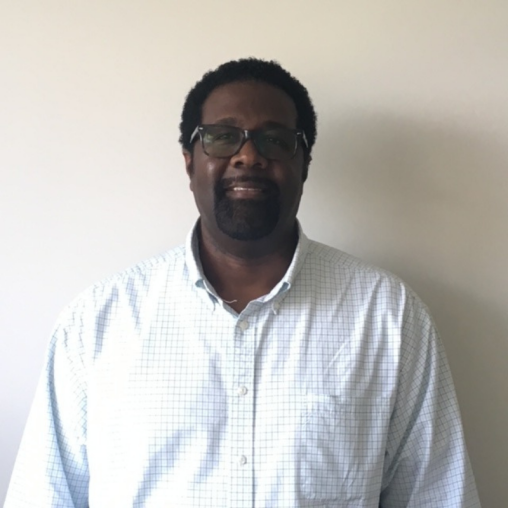 Sidney Payne is a Facilities Manager at the Jewish Federation of Greater New Orleans where Sidney Manages the Maintenance staff in the areas of HVAC, plumbing, Electrical, Janitorial, and landscaping. Sidney has many years of experience managing budgets, safety inspections, construction projects, vendosr and equipment.
Sidney completed college coursework at Dillard University, Loyola University and Delta College where he received an associates degree in Architectural design.
Sidney has worked in Casinos, Financial Institutions, and Universities achieving employee of the year several times in his career in Financial Institutions.
Sidney enjoys helping others and volunteers with the American Cancer Society with their annual relay for life event.

Tana Velen moved to New Orleans in 2015 and through luck and opportunity, began her career at the Jewish Federation of Greater New Orleans at the same time. She is the NextGen & Programming Director and oversees the Federation's Young Adult Division, JNOLA, generously sponsored by the Oscar J. Tolmas Charitable Trust, as well as the Jewish Federation Mentorship Program presented by Emily Schoenbaum, Jones Walker, and Metairie Bank.

She graduated from the University of Central Florida with a Bachelor’s of Arts in English in 2008 before joining AmeriCorps NCCC where she received the Presidential Lifetime of Service Award recognizing over 2000 hours of service. It is the appreciation of volunteerism and Tikkun Olam, translated to repairing the world, she found within the New Orleans Jewish community that continues to make her proud to be a member and part of the Federation team who serves them. 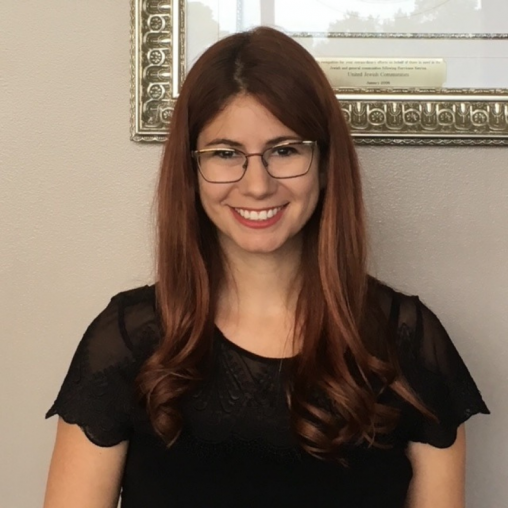