On December 21, 2020, the Center for Jewish-Multicultural Affairs (CJMA) proudly presented a Virtual Civil & Human Rights Mission for the entire community.

What are the consequences of hate?

The CJMA’s virtual symposium, held December 21, 2020, introduced participants from the Greater New Orleans area to the historical and ongoing persecution of the African-American, Uyghur, LGBTQ, Latinx, and Jewish communities. Experts from each community transported students across time and space: from the children’s crusade in Birmingham, to the ongoing atrocities against the Uyghurs in China, to the AIDS epidemic across America, to the Holocaust, and back to the U.S.-Mexico Border. 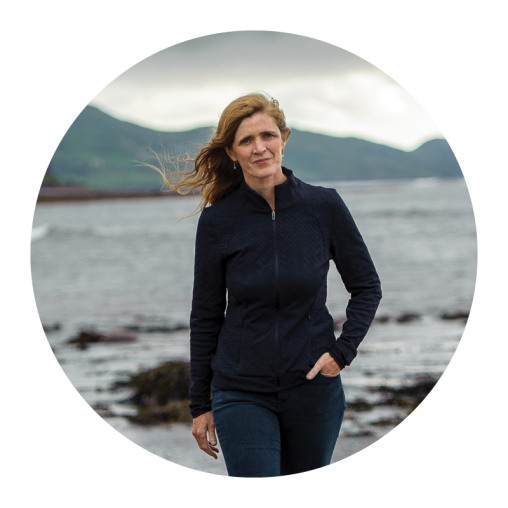 Samantha Power is a Professor of Practice at the Harvard Kennedy School and Harvard Law School. From 2013-2017, Power served as the U.S. Ambassador to the United Nations and a member of President Obama’s cabinet. From 2009-2013, Power served on the National Security Council as Special Assistant to the President for Multilateral Affairs and Human Rights. Power began her career as a journalist, reporting from places such as Bosnia, East Timor, Kosovo, Rwanda, Sudan, and Zimbabwe, and she was the founding executive director of the Carr Center for Human Rights Policy at the Kennedy School. Power’s book, “A Problem from Hell”: America and the Age of Genocide won the Pulitzer Prize in 2003. She is also the author of the New York Times bestsellers Chasing the Flame: One Man’s Fight to Save the World (2008) and The Education of an Idealist: A Memoir (2019), which was named one of the best books of  2019 by the New York Times, Washington Post, Economist, NPR, and TIME. Power earned a B.A. from Yale University and a J.D. from Harvard Law School.

David Harris has led AJC since 1990. Described by the late Israeli President Shimon Peres as the “foreign minister of the Jewish people,” he has been invited to speak at some of the world’s most prestigious forums. He has been honored more than 20 times including by the governments of Azerbaijan, Belgium, Bulgaria, France, Germany, Greece, Italy, Japan, Latvia, Moldova, Poland, Spain, and Ukraine for his international efforts on behalf of the defense of human rights, advancement of the transatlantic partnership, and dedication to the Jewish people. He has been invited to serve on four official U.S. government delegations to international conferences. He has written hundreds of articles, op-eds, letters, and reviews in leading media outlets. He is a regular contributor to The Times of Israel and other international publications. From 2001 to 2015, he had a weekly spot on the CBS Radio Network reaching millions of listeners across the United States. Educated at the University of Pennsylvania and London School of Economics, he has been a visiting scholar at Johns Hopkins University and Oxford University. 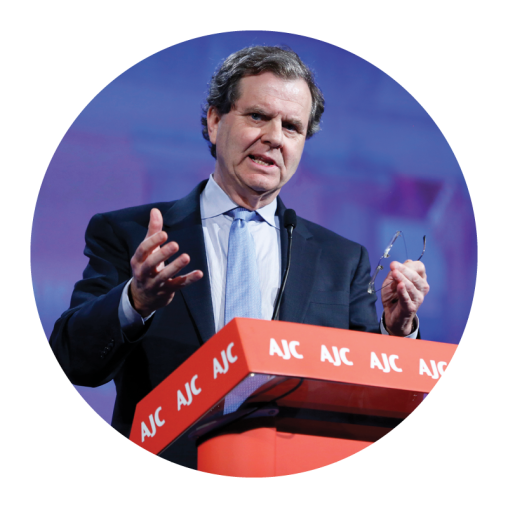 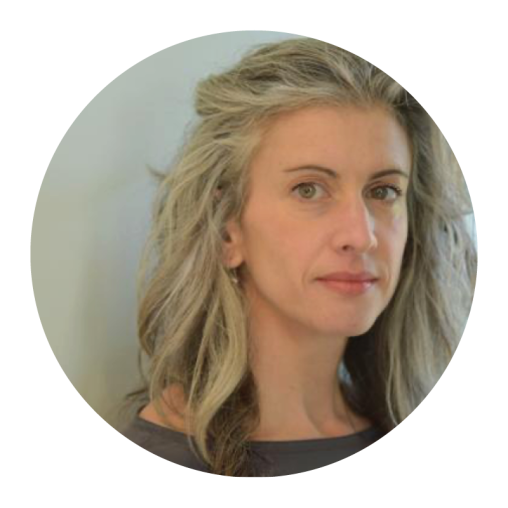 Sarah Holewinski is the Washington Director at Human Rights Watch, and leads the organization’s engagement with the United States government on global human rights issues, with a particular focus on national security and foreign policy. Prior to joining Human Rights Watch, she was the first senior advisor on human rights in the Chairman’s Office at The Joint Staff of the U.S. Department of Defense and, prior, served as deputy chief of staff for policy at the U.S. Mission to the United Nations under Ambassador Samantha Power. For nearly a decade Sarah was executive director of Center for Civilians in Conflict (CIVIC), leading efforts to advise warring parties on civilian protection and responsible use of force. In that role, she worked extensively with the U.S. military and its allies in Afghanistan, Iraq, Somalia, CAR, Burma, and elsewhere.

Sarah was named in Top 100 Most Influential People in Armed Violence Reduction by Action on Armed Violence and received the Truman National Security Project’s award for Extraordinary Impact. She was a member of the (Bill) Clinton Administration’s White House AIDS Policy team, a senior associate at West Wing Writers, and consulted for Human Rights Watch, Ford Foundation, the William J. Clinton Foundation, and International Committee of the Red Cross.  She was a senior fellow on security issues at Open Society Foundations and the U.S. Institute of Peace. Sarah holds degrees from Georgetown and Columbia Universities, is a member of the Council on Foreign Relations, a senior fellow at New America, a board director at Center for Civilians in Conflict (CIVIC), and an adjunct professor at Georgetown University and a professor of practice at Arizona State University. Sarah lives with her adorable daughter, handsome husband, and very large cats in Washington, DC.

Spencer R. Crew has worked in public history institutions for more than thirty years.  He is currently the Acting Director of the National Museum of African American History and Culture.  He is on leave from George Mason University where he is the Clarence J. Robinson Professor of History.  Previous to Mason he served as president of the National Underground Railroad Freedom Center for six years and worked at the National Museum of American History, Smithsonian Institution for twenty years.  Nine of those years, he served as the director of NMAH.  At each of those institutions, he sought to make history accessible to the public through innovative and inclusive exhibitions and public programs.  He has curated numerous exhibitions the most recent one at the National Museum of African American History and Culture.  Crew also has published extensively in the areas of African American and Public History.  His latest book is Thurgood Marshall: A Life in American History.  He is a graduate of Brown University and holds a master's degree and a doctorate from Rutgers University. 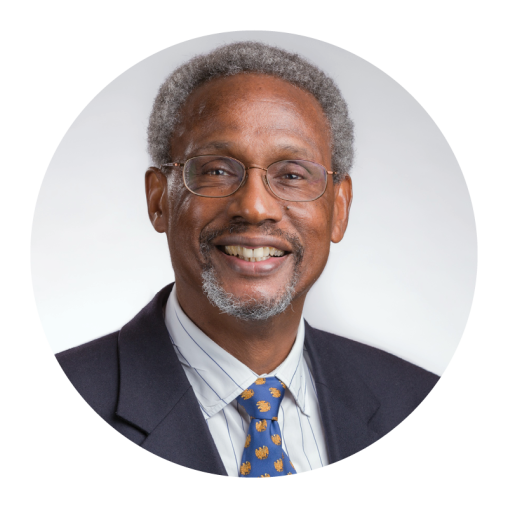 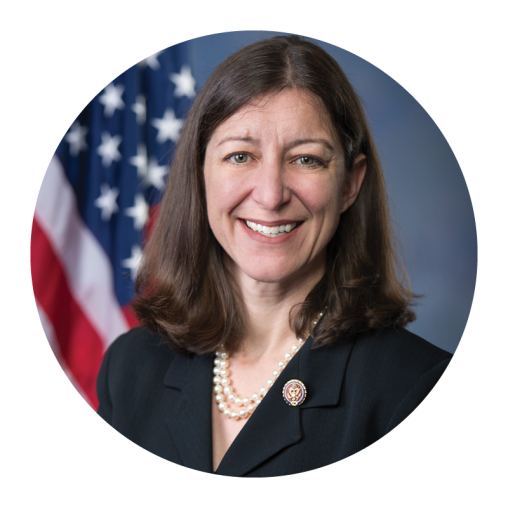 U.S. Rep. Elaine Luria represents Virginia’s Second Congressional District. Prior to her election in 2018, Rep. Luria served two decades in the Navy, retiring at the rank of Commander. Rep. Luria served at sea on six ships as a nuclear-trained Surface Warfare Officer, deployed to the Middle East and Western Pacific, and culminated her Navy career by commanding a combat-ready unit of 400 sailors. A member of the House Armed Services Committee and the House Committee on Veterans’ Affairs, Rep. Luria was one of the first women in the Navy’s nuclear power program and among the first women to serve the entirety of her career in combatant ships. She leads the House Veterans' Affairs Subcommittee on Disability Assistance and Memorial Affairs, and is Vice Chair of the House Armed Services Subcommittee on Seapower and Projection Forces. Of all members in the House Democratic Caucus, she served the longest on active duty, having completed 20 years of active military service with the U.S. Navy. Rep. Luria graduated from the U.S. Naval Academy and received a master’s in engineering management from Old Dominion University.

Timothy Patrick McCarthy is an award-winning historian, educator, and human rights activist who has taught on the faculty at Harvard University since 2005. He currently holds a joint appointment in the Graduate School of Education and the John F. Kennedy School of Government, where he is Core Faculty at the Carr Center for Human Rights Policy. He is also Academic Director emeritus and now Stanley Paterson Professor of American History in the Boston Clemente Course, a free college course for lower income adults and co-recipient of the 2015 National Humanities Medal. The adopted only son and grandson of public school teachers and factory workers, Dr. McCarthy graduated with honors from Harvard College and earned his M.A., M.Phil. and Ph.D. in History from Columbia University. A noted scholar of politics and social movements, he is the author or editor of six books, including the forthcoming Stonewall’s Children: Living Queer History in an Age of Liberation, Loss, and Love (New Press) and Reckoning with History: Unfinished Stories of American Freedom (Columbia UP). He is also a frequent media commentator whose work has been featured in Salon, Huffington Post, The Daily Beast, Pangyrus, The Nation, NPR, Al Jazeera, and several documentary films, including A Reckoning in Boston (Lost Nation Films), which will be released next year. In June 2019, he was guest editor for The Nation’s historic “Reclaiming Stonewall 50” forum. Twice named one of Harvard Crimson’s “Professors of the Year,” Dr. McCarthy has received many awards for his commitment to students, including the 2015 Dean’s Award for Exceptional Leadership on Diversity and Inclusion and the 2019 Manuel C. Carballo Award, the Kennedy School’s highest teaching honor. In May 2020, amidst the COVID pandemic, Kennedy School graduates selected him to deliver a faculty address, “Precedented Bravery,” at their virtual Class Day ceremony. Inspired by the activism and organizing of his student years, Dr. McCarthy has devoted his life to public service and social justice. He was a founding member of Barack Obama’s National LGBT Leadership Council, currently serves as Board Chair for Free the Slaves, a leading global NGO in the fight to end modern slavery, and is the host and director of the popular A.R.T. of Human Rights and Resistance Mic! series through the Tony Award-winning American Repertory Theater, where he serves on the Board of Advisors. 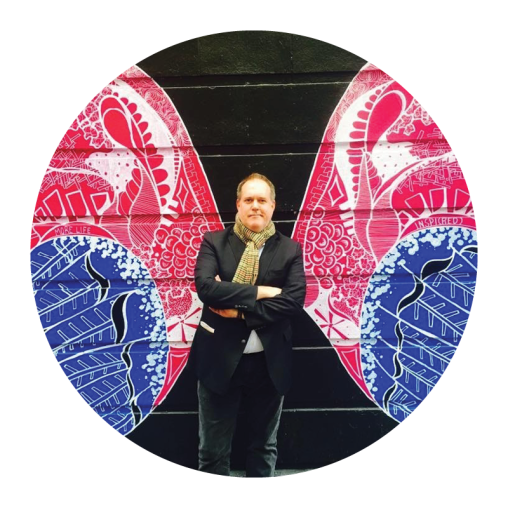 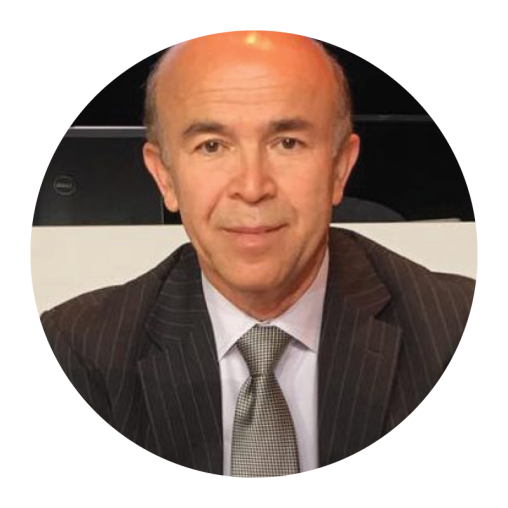 Omer Kanat was born in Ghulja city in East Turkestan and current Chairman of the Executive Committee of the World Uyghur Congress. He helped found UHRP in 2003, as well as the World Uyghur Youth Congress, where he served for two terms as President from 1996 to 2000.  He helped found and has served as the Vice-President of the World Uyghur Congress since 2006, prior to taking up the position of Director of UHRP in 2017, Mr. Kanat simultaneously served as the International Outreach Coordinator for the World Uyghur Congress, Director of the International Uyghur and Human Rights and Democracy Foundation (IUHRDF) and Vice-President of the Uyghur-American Association. From 1999 to 2009 Mr. Kanat was the Senior Editor of Radio Free Asia’s Uyghur Service, where he covered the War in Afghanistan and Iraq, edited Uyghur-language news, conducted exclusive interviews with prominent figures in Inner Asia, including his holiness the Dalai Lama, and reported on breaking news from around the world.  In addition, he served as the Editor and later Senior Editor of Radio Free Europe/Radio Liberty’s Tajik Service. Mr. Kanat is fluent in English, German, Uyghur, Turkish, Persian, Tajik, Dari, Uzbek, and is functionally proficient in the Kyrgyz and Kazakh languages.

Juan Escalante is a nationally renowned immigration advocate and online strategist. His family fled Venezuela in 2000, but in 2006 the mishandling of his family’s immigration case led them to lose their immigration status despite “waiting in line” while paying taxes and immigration fees. He has been fighting for the Dream Act at all levels of government for the past ten years, to ensure the DACA program continues to protect an estimated 700,000 immigrant youth from deportation. Escalante’s work has been published by the Miami Herald, VOX, the Huffington Post, USA Today, and other major outlets. He currently designs digital campaigns for a national non-profit in Washington, D.C., where he helps organize efforts through a variety of online platforms to enact get pro-migrant legislation. Escalante graduated from Florida State University in 2012 with a bachelor’s degree in political science, and again from Florida State in 2015 with a master’s degree in public administration. 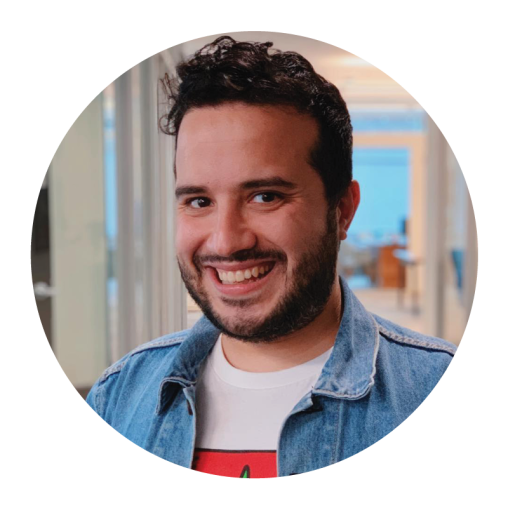