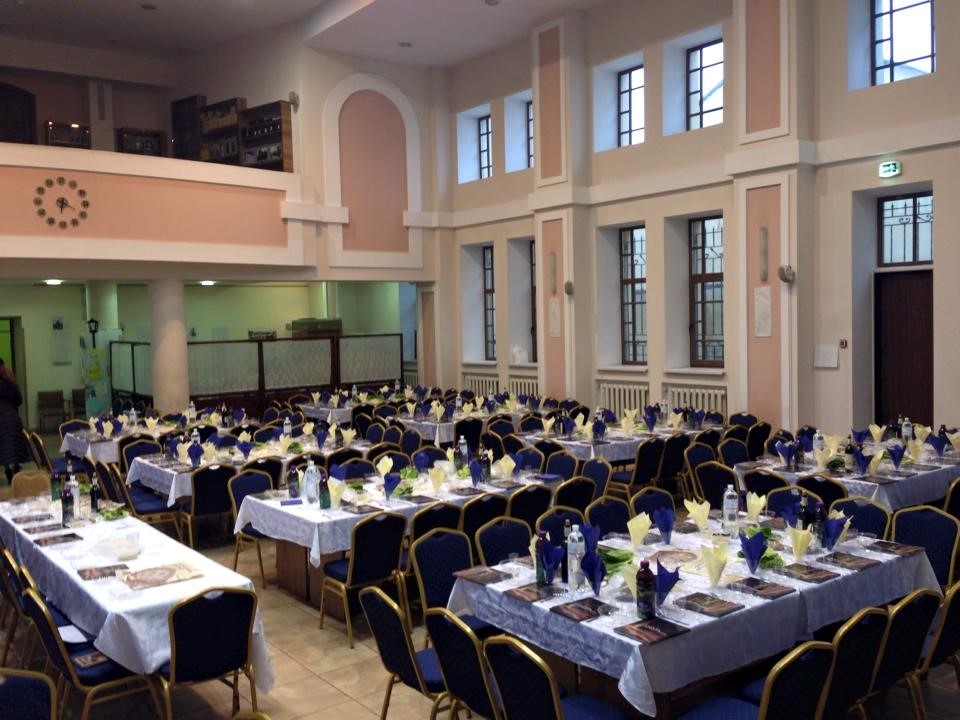 courtesy of Mark Levin with NCEJ 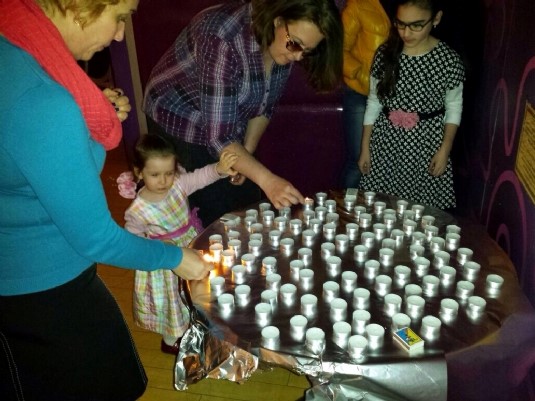 Last week, Jews throughout Ukraine celebrated Passover. NCSEJ Kyiv representative Ilya Bezruzhko spoke with the Ukrainian Jewish communities about their activities during the Passover holiday. Despite the economic and humanitarian crises in the country, Jewish communities held Seders and a variety of other Passover activities, distributed matzah, and hosted Jewish refugees from the areas of unrest.

In Luhansk, more than fifty people gathered in the local synagogue on the first day of Passover. Jewish communities and charity organizations from Kyiv, Moscow, and the U.S. sent matzah, juice, wine, and other food to Luhansk for the community Seders.

In rebel-controlled Donetsk, the Jewish community gathered for festive meals on the first and second nights of the holiday. Matzah was brought from Kyiv, despite restrictions on travel between separatist-run areas and territory controlled by the Ukrainian government.  In Odesa, over a hundred community members attended a Seder at the synagogue. Other large Passover Seders, with nearly two hundred participants, were held in several locations in the city. A special event was held at a local Jewish school for students and their families.

In Mariupol, Jewish youth and community activists helped prepare a local synagogue for the holiday. On the eve of the celebration, many gathered in the synagogue for the Bedikat Chametz ritual.  Over two hundred Mariupol community members gathered to celebrate the first Seder, which was led by Rabbi Yehoshua Kolpak from Kharkiv.

Grand celebrations took place at the Dnipropetrovsk "Menorah" Jewish center with over a thousand participants. In addition to Seders organized for the local Jewish community, special events were held for families from Israel and other countries who spent Passover holidays in Dnipropetrovsk.  In Kyiv, Ukrainian President Petro Poroshenko and Mayor Vitali Klitschko congratulated the Ukrainian Jewish community on Passover. Special events were also held for Jewish refugees from Donetsk. Even those communities located in rebel-controlled territories were able to celebrate the holiday, despite difficulties in getting supplies for Seder meals.